“There is no weapon in the feminine armory to which men are so vulnerable as they are to a smile”. – Dorothy Dix 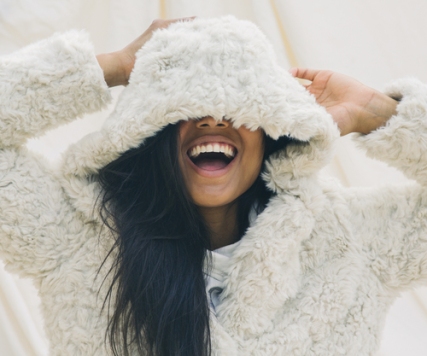 Last night I went somewhat on a rant after seeing the most unexpected message to come to my phone that whole entire day. I had no clue what I was looking at and I was confused as to why I was being scolded for not being into a guy the way he thought I was? The old me would have looked at the texts that were accusing me of being this manipulative, liar who agreed to go on a date (that I didn’t agree to) and pretended not to know who this guy was when I seen him and I would have immediately cussed out this guy but instead I kept my cool for the simple fact that the whole situation was petty and we have a mutual friend.

Let me give you a little background on how we got to this place:

A few weeks ago I went out for a friend’s birthday. Before we go in the club everyone meets up and the guy gives me this weird look like he isn’t sure if he had met me before, which he had about 4 other times by now. He figures out he has been around me at least once and we keep it at that. Long story short as the night goes on everyone is drinking, dancing and just having a great time. I’m pretty sure everyone but the birthday boy is drunk asf. Anyways during the drinking and laughing he makes some remark about me inventing sex (the song was playing at the time) I just laugh and smile about it because I figured hey he’s just being drunk and silly since we hadn’t even started talking until the end of the club. After we leave the club we end up exchanging numbers before we all head to the next spot but I’m not thinking nothing of it you know. I figured it was a friendly exchange and nothing more since we hang in the same group from time to time. After that night he texted me asking when I’m coming out again and I guess he meant not with our mutual friend but with just him. I told him I honestly don’t go out much but if we became cool I wouldn’t mind. I kept it at that and didn’t imply anything about me being into him on more than a friend level. Then I get that whole text last night about he won’t sit around waiting for me. Waiting for wait? I thought to myself. Pretty much after telling me to have a nice life he blocks me on social media.

Now I told him sorry if I gave him the wrong impression because that’s definitely not what I was trying to do. Anyone that knows me knows I smile and giggle a lot and I know to some men that comes off as flirting. When I drink I’m also more talkative than normal and being intoxicated can also lead to assumptions from others but I’m just so over it. Why should I have to censor my friendliness because it comes off as me being a flirt?

My male friend let me in on a little secret:

When niggas (guys) see an attractive woman is giving the slightest bit of rhythm, we tend to run with it. Whether you want us or not, we got it in our mind, “She smiling at me, she must want me!”

I kind of got it because I can admit that sometimes us women think that way as while but I believe we put ourselves out there and if he isn’t interested we take the hint faster and let it be.

Either way it just all irritated me. It’s like what in the hell happened to getting to know someone mentally, on some friend shit before automatically thinking they want to jump your bones or be your woman/man?

I think people forget that friendships can actually lead to a lifetime of love but no one will ever find out if they are immediately jumping to, “she wants the dick.” NO I DON’T. What if you aren’t even my type? Just like men would like women to stop assuming that them giving us compliments/being kind is them being thirsty. I would like men to stop thinking me being friendly means I want to fuck.

I try to get out of the mindset but sometimes it just seems like a lose lose situation. If I’m too nice then I’m leaving the door open for men to assume they can approach me on some romantic type shit but If I’m not nice enough and decide to turn down their advances then I’m this rude bitch.

What’s a girl to do? All I want to do is brighten up the world with a smile.

Tags: friendzone personal sex the diary of she the mind of a male

I cannot express this enough. It’s important for your mental so do whatever you can you protect it 🤎
Sydney Reneé gives it to you raw and unfiltered with her poetry book, “The Diary of She”.
🤎🌻@alex_elle
Did you wake up on the right side of the bed this morning?
Talking about a whole lot of nothing.
I promise it won’t hurt 🤎🌻
Loading Comments...
%d bloggers like this: