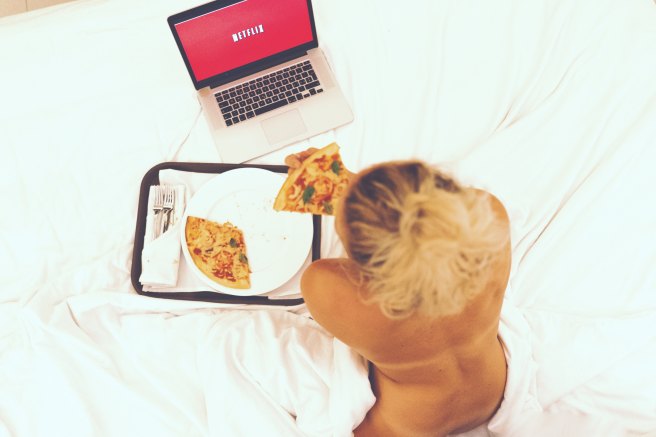 Photo by Marvin Meyer on Unsplash

Most people use their weekends to get out the house to hang with friends. That can include going to the club, a bar or out to eat but me I prefer spending a nice quiet (okay scratch the quiet part because my son and niece are far from the quiet type) evening inside watching movies or bingeing shows on Xfinity Demand or Netflix, with a drink next to me and plenty to snack on.

Today I thought I’d give you some of my favorite shows, in which I believe are binge worthy. Check them out below:

If you are into teen drama mixed with romance and badass vampires like Damon Salvatore, this is the show for you. You have 8 seasons to fill up your weekends and a ton of plot twist that will keep you intrigued. The show was released in 2009 and finally came to an end in 2017.

Don’t watch this show until you’ve watched The Vampire Diaries. When I first came across Klaus Mikaelson in The Vampire Diaries I thought, I need more of him. My prayers were answered in 2013 when the CW finally gave the original vampires their own show. Filled with lots of violence and he occasional love story, you’ll be wishing this show never came to an end.

You’ve might have scrolled passed these two old ladies and kept going but please STOP and go back. If you were a fan of the Golden Girls, this will become one of your favorite comedy shows and you’ll be begging for the next season. Just imagine two women, who barely like each other becoming the best of friends due to their husband’s infidelity.

A Pregnant Virgin, It’s the perfect start for a girl who lives her life-like a telenovela. A comedy filled with murder, love and secrets is definitely worth watching. Plus, I love that she’s a writer like me.

I’ll admit this was one sci-fi I wasn’t particularly interested in when I first started it. Halfway through the first season I was completely lost. One day I was sitting home with nothing to do and I decided to give it another chance. Best decision I made, plus my son got to enjoy it with me as well. There was a mix of comedy, suspense and horror that I enjoyed.

Please please add this to your watch list. A girl imprisoned as a teen is freed from a cult 15 years later and ends up in New York. She has no clue what the real world is like and as she becomes accustomed to the ways of the world she takes us through this hilarious scenarios with her hilarious/weird roommates. They are a perfect match in comedy heaven. Titus is one of my favorite characters and I’ll be sad to see this show come to an end. Season 5 will be starting January 25th.

Here are a few other shows I’ve enjoyed:

What are some of your favorite shows to watch on Netflix during the weekend?

Remain strong and hold on to your faith 🙌🏽🤎🙏🏽
A total reset is necessary and I say do them as often as you need to, especially when you’re on the verge of spiraling. When I feel every emotion that was given to me ready to rise up and cause hell fire I know I need to be purified.
I don’t post myself much on this page but If you’re wondering yes 🙌🏽 I’m a real person lol. Now I’m going to force my son to get off the incredibles game and go to bed. He has his first oral presentation as a 1st grader tomorrow. We practiced and he did pretty good. Let’s just hope he gives the same performance in class. I think we know how these zoom classes (distance learning) goes these days 😩😂
Everyone is so dead set on trying to keep up with the next individual, that everyone is turning into a bunch of replicas.
Hey everyone! If you follow me you’ll know that I’m a published author and I love bringing stories to life with my words. One of those stories that I loved creating was the one of Rebecca & Nasir; two successful black people who realized that one person can change your life forever. I thought It would be fun to share with you all a few chapters from my book, Let’s Be Friends every month so you can get to know more about them as well.
I don’t want to be surrounded by a bunch of yes women—people who will agree with anything you say or do because they think it will benefit them in the long run.
Loading Comments...
Comment
×
%d bloggers like this: